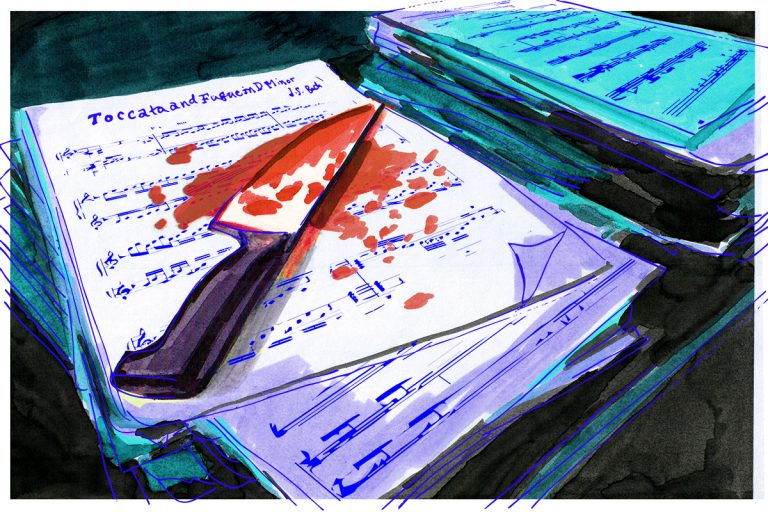 Why do some pieces of music scare us? And what is the scariest key in music? These are questions that plague music lovers and composers alike. But the answer isn’t as simple as you may think. Here’s a look at the techniques behind some of the scariest tunes in music.

Why is some music so scary?

Scientists are trying to figure out why some music triggers a fear response in people. One theory is that music can create the same effect as the human voice. It does this by rearranging the standard musical structure. This, in turn, creates a sense of incongruity and conflict. The result is a scary music track that evokes a strong emotional reaction in the listener.

Another theory posits that certain intervals throw music conventions out of whack. A classic example is the tritone. Historically, this interval was considered a devil by medieval music theorists. Nowadays, it’s used in horror films like The Shining.

Various types of music are known to produce an eerie feeling, ranging from spooky to downright innocent. Some music even uses dissonant sounds and minor chords to create the eerie effect. Moreover, many movies use music with this style to add tension.

Why does creepy music scare us?

Creepy music is often composed to make the audience fearful. These types of tunes use certain intervals that throw music theory and harmony out of whack. This effect is known as incongruity. It makes the audience wonder what might happen next. It also creates a tense atmosphere.

Some researchers believe that the sound of sustained notes and the human voice can create a feeling of fear. A spectral choir can also contribute to the effect. Some composers use the Death Motif, which is a well-known note in horror movies. It is believed that this sound can evoke feelings of death and fear.

Creepy music can be made up of high-pitched screeching string sounds that evoke stabbing sounds and bloodcurdling human screams. Low-pitched human voices can also evoke a frightful response. Some artists, such as Marilyn Manson, have used this technique to create a scary soundscape. Others have used it to tell stories, such as Michael Jackson’s Thriller.

What is the scary music called?

Scary music is a genre of music played with the intention of making a listener afraid. It usually contains high-pitched sounds or odd instruments. Examples of scary music may include music played by deranged clowns and music from a music box or pipe organ. These types of music can be incredibly unsettling, and are often played during the weeks leading up to Halloween.

Not all composers compose pieces that are explicitly intended to frighten. However, there are many examples of pieces that contain a horror theme and use a variety of orchestral techniques to create a creepy atmosphere. Many of these pieces have dissonant intervals or a high pitch that makes the listener flinch. A hauntingly beautiful melody that sounds like it is coming from a fairy tale can also be frightening.

Scary music uses dissonant notes and minor chords to create an eerie atmosphere. This type of music uses the augmented fourth or tritone interval, which was also known as the Devil’s interval in the Middle Ages.

What is the scariest key in music?

The Phrygian Mode is considered one of the scariest keys in music. This key has four flattened scale degrees, giving it a gloomy, foreboding sound. Heavy metal musicians often use this key. The key is also associated with death and anxiety.

Scary music is usually based on the minor key. In Western music, the minor scale consists of the natural, melodic, and harmonic minor scales. Minor keys have a distinct character and a more unsettling effect than major keys. Minor keys are also known as fearful keys.

Is sound of music scary?

The sound of music can be scary, but what exactly makes it scary? It has been shown that music is an effective way to create anxiety and fright in a movie. Music is often composed with hidden audible elements to play on human emotions. In some cases, a person’s hair can stand on end just by hearing the sound of a song.

Despite the film’s dark elements, The Sound of Music is also incredibly romantic. The sweet song “Something Good” combines with the tension and tragedy of the time period, which is perfectly portrayed by the film’s soundtrack. When the Nazis come to Austria, everyone has to make difficult choices, including the nuns at the abbey.

The Sound of Music is a musical based on a true story. The film follows a family named the von Trapps. Maria (Julie Andrews) is a nun who finds convent life challenging, and she is sent to be a governess for the family. The Captain of the family is a widower, and he runs the family like a military operation.

How do you create fear in music?

Humans and animals both make these non-linear sounds when they are in danger, such as a crying child. Fortunately, these sounds can evoke familiar memories. Blumstein credits a field experiment that led to a career change when he picked up a baby marmot during a field experiment. The marmot screeched because of fear, and this observation inspired him to look at how other animals express fear.

Some of the most memorable spooky music is dissonant. This type of music conveys conflict and tension, and the tension can last for a long time. It also creates a feeling of uncertainty, which is essential for scares.

Why are high pitched noises scary?

High pitched noises elicit feelings of fear, and researchers have studied the brain regions responsible for processing them. For example, a person’s scream can stimulate a region of the brain called the amygdala. This region is important for learning and processing fear.

People with autism are more likely to be terrified by high pitched noises. Some people have an over-sensitive ear, which makes them hear sounds that are many times louder than they are. Some children have even been known to compare raindrops to bullets. Regardless of the cause, it is important to remember that phonophobia can occur at any age and is a mental health condition.

Music that evokes a sense of suspense is composed with a combination of contrasting sounds. The use of synthesizers is common in suspenseful genres. These instruments produce a sound similar to the piano but without the harshness of human notes. Another popular instrument used for suspenseful music is the electric guitar, which is often associated with rock music.

A high screeching string sound can suggest a stabbing, and a low menacing human voice can create a chilling atmosphere. Horror films have used this type of music to create an atmosphere of terror and dread. For example, Marilyn Manson has covered Danny Elfman’s “This is Halloween.” Michael Jackson’s Thriller features Vincent Price’s narrator, who concludes with a cackle of evil laughter. Adding a full chorus to a score can also add a gothic feel.

Music is used in several different ways in movies, television shows, and video games. It is important to remember that tension builds over the course of a film. While the resolution of the film is equally important, the music sets the mood and builds emotions for the audience.