What Is Plugg Music? 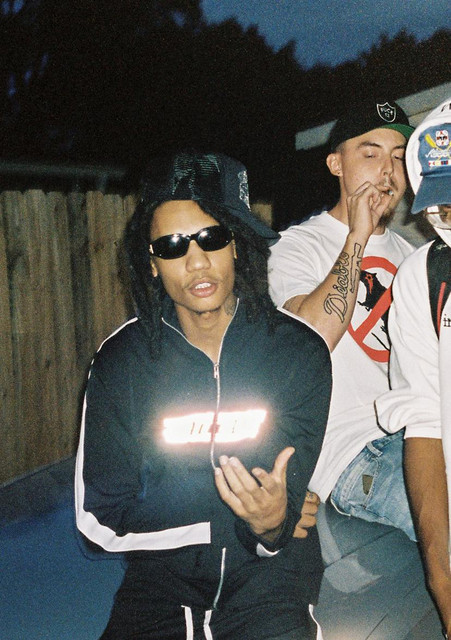 If you’re wondering what is plugg music, you’ve come to the right place. This genre originated as a subgenre of trap music and is a subset of trap music. Its roots can be traced back to Zaytoven’s production style. In the mid-2010s, the Beatpluggz collective further developed this style of production. Among its members are MexikoDro and StoopidXool.

What artists are considered plugg?

Plugg music is a subgenre of trap music. It traces its roots to the style of Zaytoven. The Beatpluggz collective further developed the sound by combining Zaytoven’s beats with new ideas. The result is a genre that spread through the SoundCloud platform in the mid-2010s.

The genre has spawned many variants. In recent years, the genre has grown to include new sounds, such as Pluggnb, which blends Plugg beats with heavier autotune and other Internet-based production styles. However, the genre’s roots remain unbroken.

While the genre is still in its infancy, it has grown to become an important part of the underground hip hop scene. In addition to rap groups, there are also singers and songwriters who produce music on this underground platform. Some of the early artists to break into mainstream plugg include Unotheactivist and Thouxanbanfauni. They have produced a mixtape dubbed 2021, which is regarded as the purest plugg mixtape. Other artists such as Tony Shhnow and 10k Dunkin have brought influences from 1990s R&B to the genre. Other producers, like CashCache and CashCobain, are known for their work with plugg producers.

Atlanta has always been a cultural hub, and plugg music began to take off in the city’s music scene. Its popularity spread from word-of-mouth, and Plugg music has become a staple of the Atlanta music scene. The soundscape grew quickly, and the plugg scene has emerged as an independent voice in the internet age.

Plugg music is a genre of electronic music that is growing in popularity. It is known for its catchy melodies and its resemblance to music from Nintendo video games. It is generally a smooth style of music and incorporates a variety of instruments. The typical instruments used in this genre include chords, xylophones, soft synth presets, and hi-hats. Kick drums are generally absent and claps are often used in their place.

The sound of plugg music was initially influenced by southern rap and gospel music, but it has since developed into a genre unto itself. It is loosely related to another hip-hop/rap subgenre known as Chicago bop, which is a fast-paced subgenre of drill music. It was first created around the year 2013 as a production style by Atlanta-based producers MexikoDro and StoopidXool. Later, it gained popularity on the SoundCloud platform.

The genre has evolved into many different forms over the years. Its origins were with the plugg rappers MexikoDro and Stoopidxool, who teamed up with different artists to build a fanbase. Today, plugg music has become one of the most popular subgenres of hip-hop. SoundCloud has even created its own station devoted to plugg artists.

What kind of genre is Kashdami?

One of the new breed of boundary-pushing artists, KA$HDAMI’s style is defined by electronic production, sing-songy melodic flows, and abstract audio effects. He has gained popularity through his songs, “Reparations!” and “Look N The Mirror!”. Currently signed to a major label, Kashdami has released two mixtapes: Epiphany and HYPERNOVA.

Who is plugg producer?

Plugg music is a genre that has evolved over the years, with a wide variety of genres and producers. Its unique sound is largely influenced by lounge music and dance music, but it is not based entirely on those genres. CashCache is a producer based in Atlanta who is known for his jazz/plugg hybrid beats. His distinctive sound and mood are instantly recognizable.

Plugg music is known for its catchy melodies, often with a Nintendo video-game influence. It features 808 rimshots and sub drums, along with chords and xylophone. Instrumentation is typically slow, but bpms can be high. Plugg music evolved over time, as more producers tried to incorporate interesting sounds to create unique beats.

The sound of plugg music is reminiscent of southern rap, gospel, and soul music. It is also closely related to a fast-paced subgenre of drill music called Chicago bop. The genre began to gain popularity in the early years of the 21st century as a style of production developed by the Beatpluggz collective, which included producers MexikoDro and StoopidXool. The group gained a significant underground following through its use of the SoundCloud platform.

Why is it called plugg?

Plugg is a genre of music that features instrumental beats and vocals that are atypical of hip-hop. This style of music features smooth, pleasant melodies, which are often blended with heavy 808 and sub drum beats. The bpm of this music style is usually slower than typical hip-hop tracks, but it can still be fast, which creates a relaxing vibe. The genre became popular in the early 2020s as artists began to experiment with various sounds and styles.

As the genre gained popularity, more hip-hop artists began using plugg beats. In 2017, Drake recorded a song called “Plug” over a plugg beat. However, the song was later dropped from his Scorpion album. In 2020, Drake included a plugg track filed by MexikoDro on his album. This track was praised for its authenticity and recognition in the underground plugg movement.

Plugg music is a hybrid of trap and jazz music that exploded in the mid-2010s in Atlanta. It was a hybrid of styles that evolved into subgenres in the United States and Europe. In Europe, plugg music was first popularized by French rapper Serane, who began to make his own music after hearing Playboi Carti’s songs. He teamed up with other artists and designers to make plugg beats. This new style of music has since become the preferred sound of rappers.

Who was the first plug rapper?

In 2016, a gunman shot Bankroll Fresh to death. The rapper later admitted to the crime but says it was self-defense. In a video posted to Instagram, No Plug is shown with a giant bandage on his head. His right arm is in a black sling. Bankroll had been a long-time friend of No Plug. He was never charged with the shooting, but surveillance footage shows that he fired the assault rifle.

Plugg music is defined by jazz and trap tones and was born in Atlanta in 2010. Beatmakers such as Zaytoven and StoopidXool helped the style to gain a foothold and became known as “Plug” music. This genre of music was later embraced by rappers and became very popular, with many rap stars and producers following suit. In 2015, Rich the Kid jumped on the bandwagon with his single “Plug!”

A plugg beat is a type of electronic music that features catchy melodies. The beats are generally slow but can also be fast. These beats also feature various instruments like the xylophone and heavy 808 beats. Various artists and producers use this style to create their own unique sounds.

Plugg beats first started popping up on the underground hip-hop scene in the mid-2010s. They were developed by producers like MexikoDro and StupidXool. These beats were featured in several big SoundCloud rappers’ tracks. Including Famous Dex’s “New Wave” and Lil Yachty’s “Hella O’s.” Among the artists to feature the style were Kodak Black and Playboi Carti.

What is plugg and Pluggnb?

Plugg music is a genre of hip hop that has been gaining popularity across the United States. Its sound is distinctly different from other types of hip hop. Most of the genre’s tracks feature catchy, electronic melodies, often influenced by Nintendo video games. The instrumentation is also distinctive: the tracks often feature soft synth presets and xylophones. Kick drums are absent, and claps are often used in place of snares.

While Plugg music has been influenced by trap music, its sound is very distinct from that of that genre. Producers like MexikoDro and StoopidXool have played a large role in the development of plugg music, which has grown into a thriving genre. Plugg music is a fast-paced subgenre of drill music, and it first emerged around the year 2013. Some of its best-known artists include SSGKobe and Autumn! Several artists have even brought plugg music to mainstream music.

Although plugg music and Pluggnb were largely underground until the last two years, the subgenre has experienced a boom in popularity. A new wave of plugg music is emerging in the late 2019 and early 2020. The new style combines the elements of plugg with contemporary R&B. The XanGang producers collective, MexikoDro, and various rappers have all been instrumental in the creation of the style. The SlayWorld artistic collective also contributed to this new subgenre.