What is Phasing in Music Production? 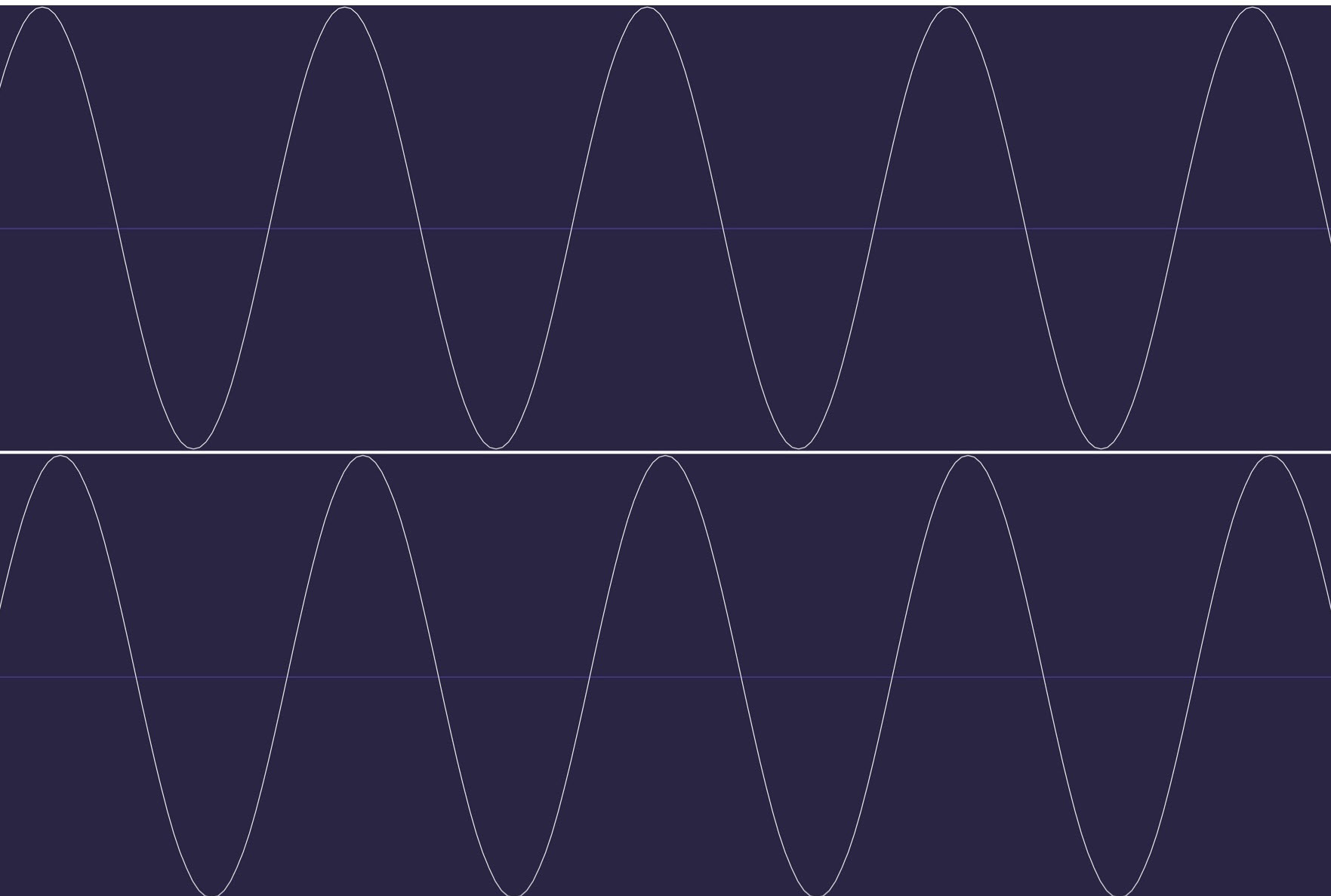 If you are working with multiple microphones, you should know what is phasing in music production and how to check your track for it. Phase cancellation occurs when one channel’s waveforms do not match the other. This can make your recording sound thinner. The best way to find out whether your track is phase-cancelled is with your ears. Listen to the signal in the first channel and if it sounds fuller when you add a second microphone, phase cancellation is the culprit.

What is phasing in audio production?

Phasing is a technique used to create an effect of rhythmic separation. In audio production, this is commonly achieved by mixing two sounds at different frequencies. Sound waves cycle at a specific rate, and their phase is measured in Hertz (Hz). The cycle of each frequency has a different wavelength, and certain frequencies are more likely to exhibit phase issues than others.

A common example of phasing is when a singer’s voice is slightly out of tune. This problem can be corrected by moving the vocals or guitars to a more similar pitch. This method can be tricky, but if you understand it, you can make your productions sound better.

Essentially, phase is the angle of a sound wave in time. For example, a sine wave’s phase tells you where in the shape of the wave the pattern starts. In audio production, phase issues can have a big impact on the quality of your recording. This problem is most likely to arise when you have more than one microphone in a recording.

Phasing is an audio effect caused by a delay in the phase of an audio signal. It affects the overall volume of a sound and is commonly heard when mixing two sounds. For example, the delay between a vocalist and a guitar microphone can make the vocal sound further away or the guitar sound more distant.

Besides the sound itself, phasing can also affect the way the signal is mixed. For example, if two microphones are placed on a guitar cabinet, they can produce a unique texture and color to the tone. The effect can be very convincing, especially when listening to music with noise cancelling headphones.

Phasing is usually achieved using a hardware unit or software effect. The effect is created by varying the time delay between the incoming signal and the duplicated signal. It was first invented in the late 1950s when engineers noticed the cool effect when they played back the same recording on two tape recorders. This effect is still used today.

How important is phasing in music?

Phase is the process of sound waves changing phase from one frequency to the next. Whether you’re mixing a single sound or mixing multiple recordings of the same sound, phase issues will arise. Sometimes they are unavoidable and can be difficult to avoid, but in many cases, out-of-phase sounds are effective for certain genres and in less dense mixes. In either case, the key is experience and understanding.

The onset of a phase problem can make your recording sound odd, especially if you’re recording drum kits. You can also hear this problem in your studio monitors. You can avoid these problems by mixing in mono instead of stereo. If you’re using multi-band plugins, such as EQs, compressors, and distortions, use a phase mode to prevent phase shifts during cutoff points and soften transients.

In order to avoid phase issues, you must record signals in the proper order. Multi-track drums are the most common cause of phase issues, so engineers must always check for phase problems before recording drums. In addition, instruments recorded using DI must also go through a phase check, because the sound from the DI arrives before the microphone.

How do you check phasing?

Whenever you record something in music production, you need to check for phasing problems. In some cases, these problems are caused by electrical problems, such as reversed connectors. One of the simplest ways to check for phase issues is by summating the mix to mono. To do this, use the mono switch on your mixing console or monitor controller. If your recording software does not have this feature, you can also use a plugin that has a mono switch on it.

Phasing problems can also be caused by mixing multiple recordings of the same sound source. However, if you are mixing a single sound source, you should not have phase issues. Sometimes, out-of-phase sounds can be beneficial, especially in less dense mixes or in certain genres. The best way to avoid phase problems is to learn how to spot them.

Another way to check phasing in music production is by using a meter. The phase correlation meter in your DAW can help you check the phase relationship of different signals in your music production. Even a beginner can read the meter.

How do you phase a speaker?

When you’re working on a recording, there are some basic techniques that you can use to avoid phase problems. These include adjusting the distance between a microphone and a speaker, moving the mic or reversing its phase. You can also use the 3:1 Rule of Mic Placement, which states that you should place a second mic three times as far away from the source of sound as the first mic.

Audio phase refers to the timing of amplitudes and positive and negative waveforms in relation to one another. This has many implications for the elements of a mix, and can make or break the final result. Phasing problems can result in unwanted frequencies being added to the mix, which means more work when it comes to EQing.

In the first stage, identify the problem. Then, fix it. Sometimes, the only solution is to invert the polarity on one or two tracks. Another option is to boost the low end to mask frequency cancelation.

What does in Phase mean in music?

In music production, the term “in phase” is used to describe the relationship between two audio signals. When they are in phase, the resulting signals sound like one. When they are out of phase, they sound like two separate sources. An example of an in-phase pair would be the sounds produced by a vocalist and a guitarist.

Musicians use phase to control the sound of their tracks. Using phasing, a musician can shift the pitch of a note by one beat. This technique creates a complex ringing or echo effect. It can also create an effect of different tempos.

The term “phase” is an important concept in audio production. It refers to the relationship between positive and negative waveform values and can have a huge impact on certain elements in a mix. Proper phase can make or break a mix. If your mixes are out of phase, it can cause unwanted frequencies and make your mixing process more difficult.

How do you fix vocal phasing?

There are several ways to fix vocal phasing in music production. While a perfectly out-of-phase phase will completely destroy the audio, some techniques are more effective than others. First, you can try adding a delay of about a millisecond to each channel. This will reduce the likelihood of a distracting phase. Another way is to use a plug-in that displays the phase levels of the left and right channels and lets you adjust them. One such plugin is Voxengo PHA-979, which is available for free.

Another option is to record doubles. Doing so can help you avoid a 180-degree phase difference. In order to double vocals, you can use a different microphone, or record the same part from two different angles. Similarly, doubling guitars can help to eliminate phase issues.

What does phasing in mean?

Phasing is a technique used in music production to alter the sound of a track. It is usually implemented as a sweeping effect by using a hardware or software unit. The technique works by cycling through the phase of two different waveforms. This makes the sounds seem to be of a different tempo, similar to EQ notch on an instrument. It can also be achieved by inserting or removing a note from a phrase, or by altering the phase by one beat at a time.

The concept of phase is essential for audio engineers, but many people do not fully understand it. For example, the definition of phase on Wikipedia leaves many people scratching their heads. In music production, it is important to understand phase to avoid surprises, such as when collapsing stereo tracks into mono.

Another way to apply phasing is by creating a flanger. This effect applies a short delay between the incoming and duplicated signal. It originated in the late 1950s, when engineers discovered that a flanger created a cool effect when two tape recorders were played back. The effect is still popular today.