What Is Crossover Music? 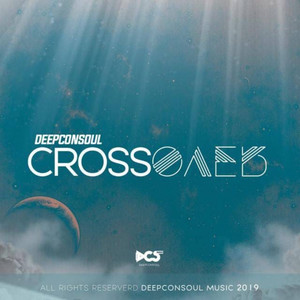 Crossover music is a form of music that crosses different genres. It originated during the early 1990s, when bands began mixing a variety of pop styles. This style was initially called “funk metal.” Some examples of crossover artists include Rage Against the Machine and Red Hot Chili Peppers. But what exactly is crossover music?

What crossover in music means?

Crossover music has many definitions, but the most common is that it involves the mixing of two or more different genres in a single piece. Examples of this style of music include Deep Purple’s “Concerto for Group and Orchestra,” which crosses the boundaries between rock and classical music. Later in the 1970s, several pop music artists adapted classical music into their work, such as Frank Zappa, who composed pieces for classical orchestras. Another example of crossover music is jazz fusion.

Crossover music can give artists and record labels unexpected exposure. Crossover music can also introduce listeners to new genres. However, not all crossovers are successful. Some artists and genres have received flack from die-hard fans. Some of the most notable examples are rock and pop artists. There are also examples of artists who have crossed over from classical music to jazz, from country to jazz to hip-hop.

Classical crossover artists include composers like Romina Arena, the “Queen of Popera.” Arena is known for her ability to perform operatic music in various languages, including Italian and German. Similarly, Christchurch-based soprano Hayley Westenra performs classical music alongside folk and easy listening music, bridging the gap between classical music and mainstream audiences.

What is a crossover singer?

When looking for a new career, a singer who can sing in more than one style might be considered a crossover artist. These artists have a variety of influences, and their styles may range from pop to opera to rock and classical. However, one thing is clear: they want to have a beautiful voice that works seamlessly. The best way to do this is by learning to be spontaneous, which is key for professional and advanced-level crossover singers. To sound spontaneous, a singer should let the text dance out of his mouth with enthusiasm, attaching his body, mind, and eye to the words.

Despite the misconceptions of what a crossover singer is, many crossover artists achieve global success. Katherine Jenkins, for example, has achieved worldwide fame through her crossover albums.

What is cross over jazz?

There are two different types of crossover jazz. One is pure jazz and the other is jazz with a blues influence. There are some bands that are very good at crossover jazz, while others fall somewhere in between. However, both styles have some similarities. If you’re a jazz fan, then you’ll probably enjoy the music of these bands.

Crossover jazz is music that borrows rhythm from another genre. It fuses jazz with non-Jazz sounds, like rock, pop, or rap. For example, FLAT OUT Jazz plays classic rock songs and jazz classics. They also incorporate original music to give their shows a fun, danceable sound.

The best bands in crossover jazz are listed on this list. Clicking their names will bring up more information about their music. The list will also include links to their discographies. This is a great way to get started listening to the music of a new genre.

What is a crossover in art?

The question of what constitutes a crossover in art and design is an important one. Crossover art is anything that transcends the traditional boundaries of an individual field. One of the most popular examples of such art is music, in which classically trained artists produce music in an effort to reach a larger audience. For example, a composer who worked on avant-garde projects such as The Threepenny Opera was able to reach the top of the pop charts later in life. His work was popular enough to reach a mass audience and sell millions of records.

What is another word for crossover?

Crossover music is a popular style of music that appeals to multiple genres and demographics. Some examples include opera and pop, while others are more niche. For example, classical crossover is most often associated with Andrea Bocelli, the world’s best-selling classical singer. Other examples include British soprano Sarah Brightman, who has released albums that blend classical with folk, pop, and musical theatre. However, Brightman says that she does not like the term.

In recent years, classical music has become more accessible to audiences who do not normally listen to classical music. For instance, the music of Johann Pachelbel and Henryk Gorecki made it onto the non-classical charts in the twentieth century. In addition, Mozart’s Piano Concerto No. 21, K. 467, has also become popular with listeners thanks to its appearance in the 1967 film Elvira Madigan. Furthermore, classical music has been used in a variety of advertisements. British Airways has used Aria by Yanni in its television advertisements, which is based on Lakme by Leo Delibes.

What is a 2 way crossover?

A 2 way crossover is a speaker component that filters specific frequencies from a driver. Typically, it removes bass from the tweeter and treble from the woofer. Its purpose is to prevent overlapping frequency responses of the two drivers and prevent one from producing frequencies it’s not designed to reproduce.

What is a crossover tenor?

A crossover tenor is a singer who sings classical music in a style that is not primarily associated with that style. For example, Mario Lanza was a classically trained tenor, but had a successful film career. At the time he was at his peak, the term “crossover” was not yet in use. But he was signed to the RCA Victor Red Seal label, and his albums were popular with audiences beyond the classical music world. One of his recordings reached the top of the Billboard pop singles chart in February 1951, and sold more records than any classical artist had ever done before.

Another crossover tenor is Andrea Bocelli. He has a classical training, and often sings pop songs and musical theater. However, he has branched out into other genres, including jazz. He has a rich, smooth tenor voice, and has collaborated with such popular artists as Sarah Brightman and Ed Sheeran.

What is crossover appeal?

Crossover appeal can be achieved through a variety of means. For example, a song with a hip urban sound can be highly appealing to older audiences. In some cases, the song can even be written by a big name author who is also famous in the genre. In other instances, an older protagonist will draw in older fans.

Crossover Appeal was created as a weekly recommendation newsletter on Substack. But now it’s branched out to include other types of writing. The idea is to bring people together who believe in deep affection. Not everything popular is good or important. But there are some things that can be extremely popular and are well worth reading.

Depending on the genre, a novel can be considered a crossover if it appeals to both young and adult audiences. The Hunger Games was read by both adults and children.