What Is a Music Ghostwriter? 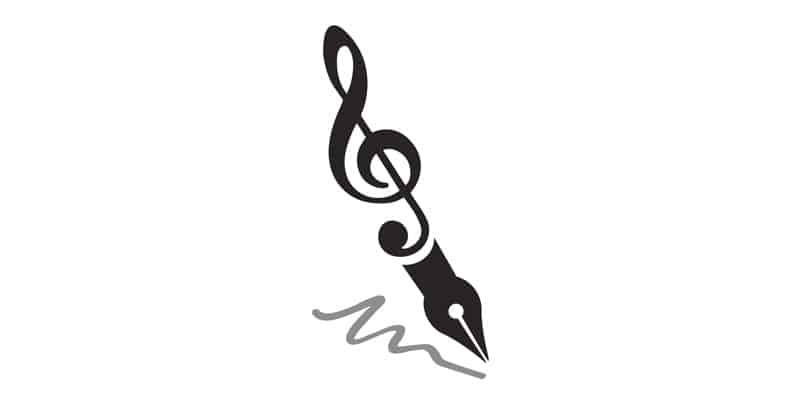 A music ghostwriter is someone who writes music for an artist, usually a singer. The artist may be well-known, but the ghostwriter is often hidden in the shadows. While most artists are eager to make the public aware of their work, there are many artists who prefer to remain anonymous.

How much do ghostwriters get paid for a song?

The average fee for song ghostwriting varies, but a successful project can earn ghostwriters thousands of dollars. The fee will depend on the type of song and the level of specialized knowledge needed to incorporate the client’s voice into the lyrics. The task will also require extensive research on the client’s discography and past work. A song ghostwriter might earn as much as $20,000 for a single verse if the song is released on a big-name label.

While it’s true that most mainstream artists don’t write their own music, ghostwriting is becoming a common practice among artists who are famous and have a team of collaborators. Using a ghostwriter for a song may help the artist maintain creative control and maximize earnings. However, it’s important to note that some popular artists may not be willing to give their credit to a ghostwriter.

Why do singers use ghostwriters?

Many singers, songwriters, and artists today use ghostwriters to create their music. While many artists work solo, the majority of top-40 artists have writers helping them with the songwriting process. Ghostwriters are paid anywhere from $10k to $20k upfront, sometimes more. However, those salaries pale in comparison to popular rap artists’ $50,000-plus verse fees.

The best ghostwriters have experience in the music industry and understand the formula for a hit song. They should also have experience working in a recording studio, so they know how to collaborate with producers and promote the songs. In addition, they should be strong writers. However, this doesn’t mean that they need to be professional writers.

As a ghostwriter, you will need to study the singer or rapper you’re working with. This will help you get a better understanding of their style. You’ll also need to study the genre of their music. A successful songwriter should be able to create catchy lyrics that flow well. To do this, you can study different rappers and singers, and practice writing. You should also know your target audience, as this will help you write lyrics that are relatable to them.

What does a ghostwriter do?

If you have a flair for writing music, you may want to consider becoming a ghostwriter for a musician. As a ghostwriter, you will record rough versions of songs that artists can use as their inspiration. You’ll have to be able to show artists how your song would sound on a track. A good ghostwriter will be able to convey the energy and sound of the song to the artist.

Ghostwriters work for a fee. Some will sign a retainer with an artist to write X number of songs for them. However, some ghostwriters don’t want to sign such a contract, so they may walk away. However, if you’re interested in working with a famous artist, becoming a ghostwriter might be the right career path for you.

While many people have an interest in music, they may not have a background in writing. If this is the case, a ghostwriter’s job is to tap into that person’s life and recreate their voice. A good ghostwriter knows the genre and knows what sells.

Does a ghostwriter get royalties?

When you work as a ghostwriter, you will have little control over how your work is used or how much you make. While many ghostwriters turn down royalties, it is possible to accept them if you feel passionate about a subject. Typically, you will have to pay a small amount up front and then continue to chase the author for the royalties as work progresses.

The creative process behind great music is a long one. Even classic albums don’t happen overnight. In order to meet the needs of the music industry, musicians may require the help of ghostwriters. Ghostwriters will likely continue to become increasingly popular as artists look to meet audience demands.

Although ghostwriting is more common than you think, it can raise copyright issues. As an avid reader, you’ve likely read books written by others. But not everyone’s talent is suited to writing a book. Moreover, there are reasons that many writers prefer to remain hidden in the background.

Who was Drake’s ghostwriter?

Drake’s rapping career has been plagued by rumors that he uses ghostwriters. Drake has defended himself from accusations, saying that he writes all his own bars. Nonetheless, the presence of ghostwriters in Drake’s career has tarnished his legacy. Recently, Meek Mill “exposed” Drake’s relationship with a ghostwriter, Quentin Miller. The revelation sparked some reactions among fans.

One of the most notable people involved in the Drake saga is the Toronto-based writer Niko Shi. Despite the fact that Shi is an extremely controversial person, many have backed her claims. The Toronto-based writer claimed that she had ghostwritten lyrics for Drake’s albums. While the accusations have yet to be confirmed, Shi is a frequent collaborator of Drake.

The controversy over Drake’s ghostwriter has led to several theories and investigations. Drake used Quentin Miller on four of his tracks. Other rappers have claimed to be Drake’s ghostwriter, including Chris Brown and J. Cole. But, Drake has denied the allegations.

Does Eminem have a ghostwriter?

It’s possible that Eminem has a ghostwriter. The rapper is known to use a ghostwriter on his mixtapes and street albums. He has also used ghostwriters on other artists’ albums. It’s unclear which person is responsible for which song, however.

A ghostwriter can help an artist achieve his writing goals. In most cases, the ghostwriter receives a share of royalties, while the artist does not. However, ghostwriters have been criticized for their work in the past, with the Kamikaze album being an example.

Kendrick Lamar’s ghostwriter was involved in a song on Em’s MMLP2, but Eminem was suspicious that Lamar had used a ghostwriter. In addition, the lyrics for “Shape of You” reference Van Morrison. Eminem and Lamar have also worked together on the track “Dark Horse,” which featured Eminem and Rick Rubin.

In an interview with BBC Radio 1’s Zane Lowe, Eminem was asked about the role of Rap God in his career. In response, Eminem replied by saying that he wrote most of his own music. However, he also said that he sometimes freestyles his own songs. He also says that he credits Dr. Dre for his successes, but he does not always make his own songs.

Who is Rihanna’s ghostwriter?

Rihanna is a very successful singer and songwriter, but most of her hit songs were written by other artists. This is not unusual. Most popular musicians don’t write most of their own songs. However, Rihanna is one of the few that continues to write most of her songs.

Rihanna has a great ear for good songs. Her lyrical talent means that she is able to bring out the best in others. Her songs are infused with her signature golden touch. Her hit ‘Bitch Better Have My Money’ was written by a 20-year-old songwriter named Bibi Bourelly, while her 2007 hit ‘Disturbia’ was written by her ex Chris Brown.

In recent years, there has been a lot of talk about the ‘ghostwriting’ process. The Drake-Meek Mill feud has further raised the topic. Many other celebrities have used ghostwriters to write their music. For example, Beyonce works with A-list songwriters Frank Ocean, Sia, Ne-Yo, Justin Timberlake, and many more.

Do all singers have ghostwriters?

When it comes to music, it’s no secret that artists rely on ghostwriters to come up with songs and lyrics. Even the richest stars like Jay-Z and Diddy use ghostwriters to help them get their songs noticed. While these artists are famous, they have to work hard to get noticed.

The use of ghostwriters in hip hop music has increased over the years. Critics view the practice as a commercial exploitation of hip hop. Rapping, however, is an art form in which the artist expresses himself or herself through words, and creating a hip hop song may require multiple talents. For example, Frank Ocean began his career as a ghostwriter for other artists, and later branched out on his own.