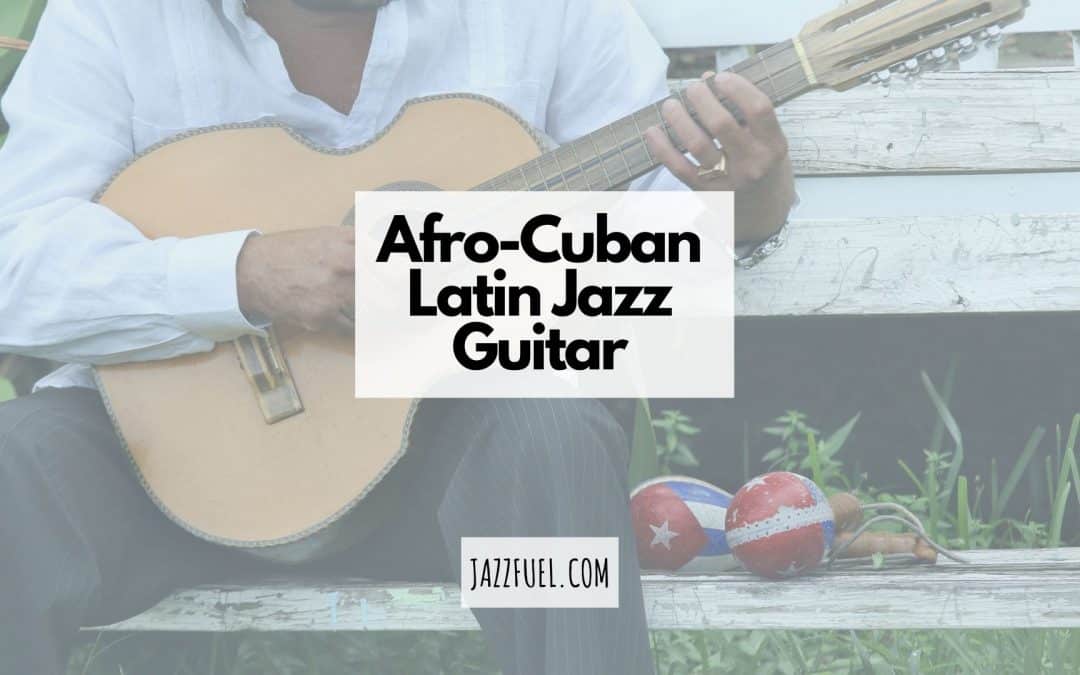 Among the many aspects of jazz that are influenced by Latin music are its technique. This article will cover the elements that make this type of music so special and who influenced it. You’ll also learn who Latin jazz’s most famous players were. In addition, you’ll learn how to identify what makes this style so unique.

How did Latin music influence jazz?

In the 1930s, Latin musicians from Cuba began decamping to the United States, where they interacted with stars of the big band and bebop scenes. Many of these musicians brought with them Afro-Cuban percussion instruments, such as the clave. Some of these musicians were particularly influential in defining the sound of Latin jazz.

A complex process shaped the history of Latin American music. A mixture of influences from Africans and Europeans created a unique musical style that is still recognizable today. The result was a unique sound that brought attention to Latin American music. The music of the Caribbean and the Americas is constantly evolving.

Afro-Cuban jazz is the first form of Latin jazz. It incorporates Afro-Cuban clave-based rhythms with jazz harmonies and improvisation techniques. The genre was born in 1947 in New York City, when Mario Bauza and Frank “Machito” Grillo formed the Machito and his Afro-Cubans. The combination of these music styles resulted in complex new soundscapes, and the percussionists regained a central role in jazz.

What technique elements are used in Latin jazz?

Latin jazz evolved from the fusion of Cuban and American musical styles. Its early days in New Orleans were characterized by a syncopated rhythm, which some musicians referred to as the “Spanish tinge” of jazz. Early 20th-century musicians adapted Cuban instruments and rhythms, including the habanera, a syncopated four-beat pattern. For instance, the St. Louis Blues band featured an early version of the habanera rhythm.

The Latin jazz genre is also known as afro-Cuban jazz. This jazz style combines the rhythms of Cuba with the percussion instruments of Central and South America. It also contains African and European elements. It has become a popular form of jazz in the United States, with a wide variety of styles to choose from.

While the Latin jazz genre is a wide-ranging style with many variations, its roots can be traced back to the countries of Brazil and the Caribbean. This region is home to many music and dance styles, including samba and Bossa Nova.

What is special about Latin jazz?

There are many different types of Latin jazz. Some are characterized by a Latin tinge while others are less distinctly distinct. But one common characteristic of both is improvisation, and the combination of jazz and Latin rhythms is what makes Latin jazz special. Here are 10 artists who put their own spin on this cocktail of jazz improvisation and Latin rhythm.

Latin jazz is sometimes referred to as Afro-Cuban jazz, as it draws heavily from the popular music of Cuba. This type of jazz also draws influences from Brazilian samba and bossa nova. This style of jazz is often characterized by the clave, a five-stroke rhythmic pattern that forms the heartbeat of Afro-Caribbean music.

Its origins can be traced to a jazz band led by Mario Bauza, a Cuban trumpeter, composer and bandleader. He came to the United States in 1943 and worked with artists such as Dizzy Gillespie and Ella Fitzgerald. Many consider his 1943 composition Tanga the first Latin jazz tune. Tanga employs the 2:3 clave pattern, which Mario Bauza introduced into the music.

Latin jazz is a musical genre that traces its roots to Cuba, which has a vibrant cultural history. The Afro-Latin rhythms, such as the clave, played a central role in shaping this music. In the early twentieth century, Cuban musicians influenced the development of jazz in the United States. These musicians brought with them percussion instruments from their native country and shaped the sound of the genre. The result was the Latin jazz style known as son cubano.

The style is also influenced by Brazilian music. The country is home to the largest music industries in the world, with a total revenue of almost $300 million USD in 2018. Many Latin jazz styles originated in Brazil, including the Bossa Nova and Samba. These styles of music became popular in the United States and across Latin America.

Chano Pozo Gonzalez and Mario Bauza were two of the first major figures in the development of Afro-Cuban music. These musicians formed an orchestra that combined jazz arrangements with Afro-Cuban percussion rhythm. This led to the creation of the Tanga, a song that is now widely regarded as the first true Latin jazz piece.

What scale is used in Latin jazz?

When a musician is performing Latin jazz, they often play the A harmonic minor scale. This is a natural minor scale with a sharp seventh degree and dark feel. The two-note interval of minor third is referred to as a clave. The clave is often represented in the form of two measures of cut-time.

Latin jazz is composed of a variety of rhythms from Latin American and African countries. It typically uses jazz harmonies, but can also include elements from other Latin American traditions. In particular, the rhythms in this style come from Cuba and the Caribbean. A few European and African elements are also incorporated.

How do you make Latin jazz?

One example of this is the tresillo-habanera rhythm, which Jelly Roll Morton called a “Spanish tinge”. It is also commonly found in the 1914 “St. Louis Blues” written by W.C. Handy, and in the 1936 song “Caravan” by Juan Tizol.

Another form of Latin jazz was Afro-Brazilian jazz, which emerged in the 1960s. It introduced new rhythms, samba, and a more mellow sound. The composers of this genre include Brazilian guitarist Joao Gilberto and New York jazzman Tito Puente. Salsa was born in the 1970s in New York, and is one of the most popular styles of Latin jazz in the world. The percussionist Ray Barretto is also part of the group.

What defines the music of Latin America?

In ancient times, the music of the region was created by the meeting of different cultures and languages. These cultures developed musical instruments and the music is still very much influenced by them today. Andean music, for example, is characterized by the use of flutes and other instruments to convey messages.

Latin American music has a wide range of genres. Some of the most popular styles are merengue and tango, which originated in the Dominican Republic and spread to other regions of the Americas. Tango and samba, which have African origins, were also heavily influenced by European immigrants. Many other styles of Latin music were influenced by African and Native American music.

Where Did jazz Come From?

The first recordings of jazz were made in New Orleans in the early twentieth century. This city’s population was more diverse than anywhere else in the South, and this combination of African and European musical traditions made jazz. The music, which was originally aimed at dancing, spread throughout the city and throughout the United States. After the first recordings were made, jazz began to gain international popularity.

As jazz spread throughout the world, it brought new musical influences and cultures together. Many of the early jazz musicians were African Americans, and the genre evolved from slave songs and spirituals. Some of the first great jazz soloists were black, including Louis Armstrong. He played trumpet and performed songs like Dippermouth Blues and the Working Man’s Blues. Many musicians from around the world contributed to jazz, so the genre is constantly changing and incorporating new cultural influences.

Despite the fact that jazz emerged in the United States, some of its elements were brought from other areas, such as Brazil. Many Blacks were emancipated in the early nineteenth century and took part in their own cultural development. However, Blacks in Brazil were isolated from the European establishment and were unable to practice their native musical traditions. In the United States, slaves were exploited for playing instruments.